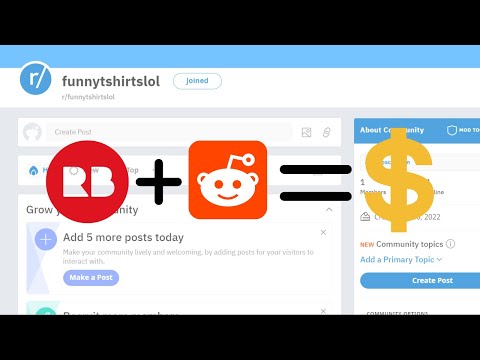 Reddit is the holy grail of SEO - Well let me tell you right now, I've just discovered two ways to use their SEO Power FOR FREE without having to annoy other Redditors. My Redbubble SEO Methods won't be found on other free YouTube videos!

This removes so many of the barriers that you might have when trying to use Reddit to sell your products, normally with Reddit marketing you will find the following problems:

Instead, you can either comment on your own Redbubble profile with a link to your store, thus increasing the SEO and allowing your products to rank on Google more easily, or you can go one step further and simply make your own Subreddit, and then post articles like Medium posts onto your subreddit, plus points if you can get your friends to join the subreddit and upvote it

This method really breaks the mould, and allows you to tap into Reddit's SEO in order to help you make money online using passive income and evergreen SEO methods to allow you to consistently make Redbubble sales and increase your Redbubble earnings